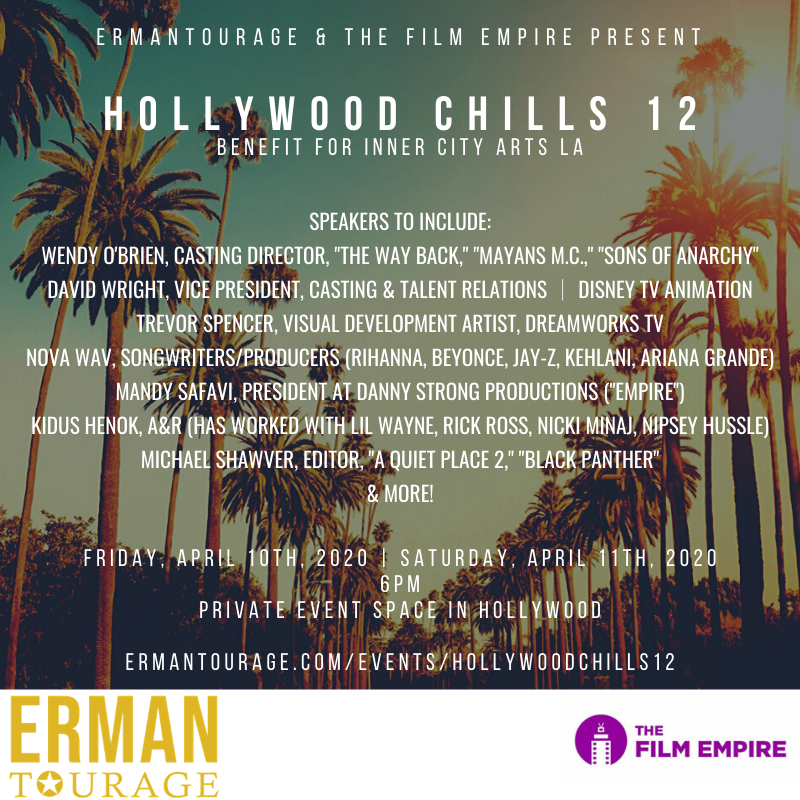 Join us for Hollywood Chills 12, a two night entertainment summit in Los Angeles by Ermantourage. Be part of a night of networking, talks with special guests, performances, and relationship building. Members of Ermantourage receive free tickets (visit ermantourage.com/membership to become a member for 12 months of events). Your purchase grants you access to both nights. Schedule to be announced. In association with The Film Empire.

& more to be announced!

There are no upcoming events at this time.