Today, Ermantourage announced the winners for the initiative who will be mentored by its lineup through a series of meetings, receiving career advice from industry names with a focus on building relationships and navigating the industry as a minority. This year, mentors include Curt Kanemoto, Senior Vice President, Atlas Entertainment (Co-Producer “Wonder Woman”, Executive Producer “Justice League”); Gloria Fan, Vice President, Fox 21 Television Studios (comedy and drama programming); Kyle Vinuya, Development Coordinator of Original Series at Amazon Studios); and Ashley Lee, entertainment reporter at the LA Times. On the music side, mentors include Charlene Huang, Manager, Music Creative/Production of Kids & Family at Netflix; and composer Nathan Matthew David (“Deadly Class,” “Angie Tribeca”).

“As blossoming creatives ourselves, we at Emagine Content understand the importance of cultivating relationships and trying to make our own dreams come to fruition, while uplifting a community of people that still has a long way to go in terms of representation in media,” Erman acknowledges, who is of Filipino heritage. Additionally, a portion of the submission fees from this mentorship contest will be donated to the LA chapter of the American Foundation for Suicide Prevention. Established in 1987, the American Foundation for Suicide Prevention (AFSP) is a voluntary health organization that gives those affected by suicide a nationwide community empowered by research, education and advocacy to take action against this leading cause of death.

– Screenwriter Annie Nishida for her pilot script “Nearly Super Nova.” Annie graduated from the USC School of Cinematic Arts with a BFA in Writing for Screen and Television,

-Filmmaker Hai Rihan for her submission “Kneeling Sheep.” She is an LA-based Mongolian director who graduated from Loyola Marymount University with an MFA in Film & Television in May 2019.

SCREENPLAY, FILM, & MUSIC MENTORSHIP CONTESTS
The first annual Innovasian film and music contest celebrates Asian Americans across all platforms of entertainment, including film and music. We will feature innovative names both established and on the rise, strengthening our communities and providing voices for this and the next generations. Winner to be featured for a Q&A at Ermantourage’s November 2019 Innovasian entertainment summit, an event celebrating Asian Americans in media, film, music, and more. It will be a day of screenings, panels/Q&A’s, meet and greets, performances, and more.

We are seeking stories through film, story, and music that offer unique perspectives of Asians and Asian Americans in the modern era.

*Portion of fees from submissions will support the endeavors of the American Foundation for Suicide Prevention LA.

Winner to be featured for a Q&A at Ermantourage’s fall 2019 entertainment summit, an event celebrating creatives of diverse backgrounds in media, film, music, and more

Winner to have a featured interview in digital magazine Vents Magazine and other outlets to be announced.

Win mentorship meetings with leading names in the entertainment industry.

-Open to all ages. If grand prize winner is under 18, he or she must be accompanied by legal guardian at meeting.
-Applicants can be located anywhere in the world. Must have a passport and travel should you want to attend the summit. International entries are allowed but the material must be written in English.
– If a screenplay is submitted, it must be in PDF format.
– Re-submissions are allowed but entry fee must be paid again.
– Your title page should include the correct contact information.
– At the time of your submission, the script must not have been produced.
– Please no adaptations of material based on another’s intellectual property.
– If the script is written by a writing duo, both writers are eligible for meeting.
– Any music submitted must be the original work of the artist.
– Music submitted may not have used samples by other artists.
– Submissions must be the original work of the submitting applicant. 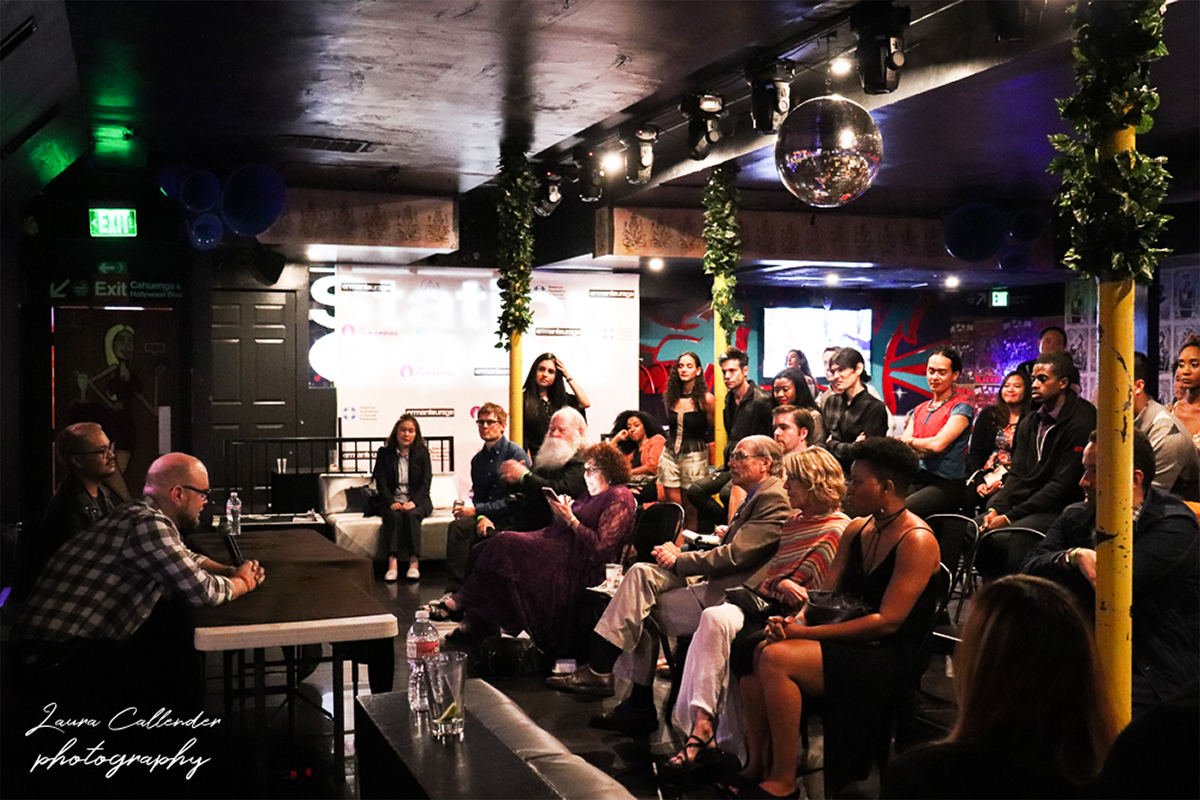 Why we are different

Our contests are more than just winning prize money. We get you in front actively working professionals in entertainment for career advice, feedback, and more. Additionally, you get a chance to speak about your own blossoming career alongside our frequently amazing lineup of special guest speakers at our events.

You may submit via Coverfly (screenplay contest) or FilmFreeway (film and music).